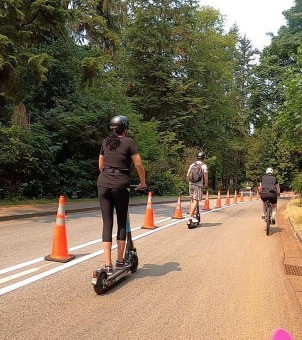 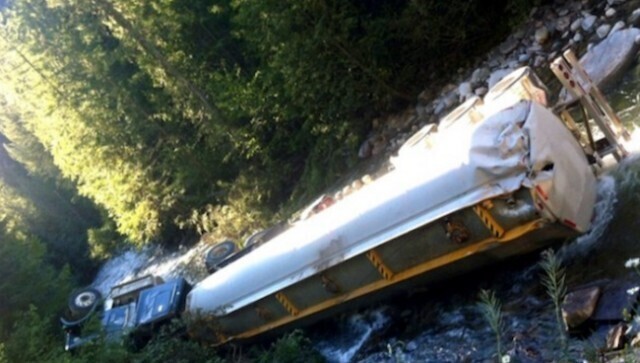 A lawyer representing victims of the 2013 fuel spill into Lemon Creek says he’s disappointed with the Province’s response to their class-action lawsuit.

“It is regrettable that the defendants, including British Columbia, are playing such hardball with a class of fuel spill victims on the mere procedural question of whether their claims can be heard together under the Class Proceedings Act,” says David Aaron.

Aaron was in court on September 8, appearing before the BC Court of Appeal for the second time on the question of whether the victims of the fuel spill represented a class of people who can seek damages as a whole. A judge had already ruled once that it could proceed as a class action, but that was appealed to the higher court. On that court's direction, the judge adjusted his ruling in May 2021 and re-certified the class action -- only to have it appealed by the defendants in the case again.

“Basically the Court of Appeal told the chamber judge to do something, and he did it,” explains Aaron. “And the second appeal is whether he did it properly.”

The original lawsuit stems from the July 2013 spill of 35,000 litres of jet fuel into Lemon Creek by a transport driver making a delivery to a firefighting operation. The spill forced the evacuation of thousands of people living up to 40 kilometres downstream in the Slocan Valley.

The spill also killed fish and forced residents to get alternate sources of drinking water for themselves and livestock for days. Residents who were affected by the spill launched the suit for damages. And since then, Aaron says the Province and other defendants have been using their deep pockets to delay justice for residents seeking damages.

“it is all about access to justice and judicial economy, and the Province knows this,” he told the Valley Voice. “It’s disappointing the Province is creating such an uphill climb for the residents of the Slocan Valley, who to this day, over nine years after the spill, have not been compensated for their evacuation costs.

“You would think that at least the Province would be more supportive of class proceedings as a vehicle to advance public interest litigation on behalf of an injured community.”

He also says it’s ironic because Kootenay West MLA Katrine Conroy was a vocal advocate for timely compensation when in Opposition.

“Now that she is in government, she has been reticent and has ostensibly failed to see this matter through to settlement on behalf of her constituents,” he says.

The Court of Appeal could throw out the second application before them, allowing the class action suit to move forward to trial. Or, they could direct the lower-level court to take another crack at determining if it is a proper class action. In either case, however, the end result is more delays to the suit.

“The last appeal, the hearing date was October 15 of 2018, and the judgement was issued the following April of 2019,” he says. “That gives you a yardstick for how long the court might ruminate over this matter before issuing judgement.”

Aaron says they have already lost people who moved the case forward, like Marilyn Burgoon, who launched the historic case in the first place. The community activist died in December 2019.

“The wheels of justice turn slowly, lawyers are used to that, but I don’t’ expect the community to be accepting of that and I don’t think they should be.”