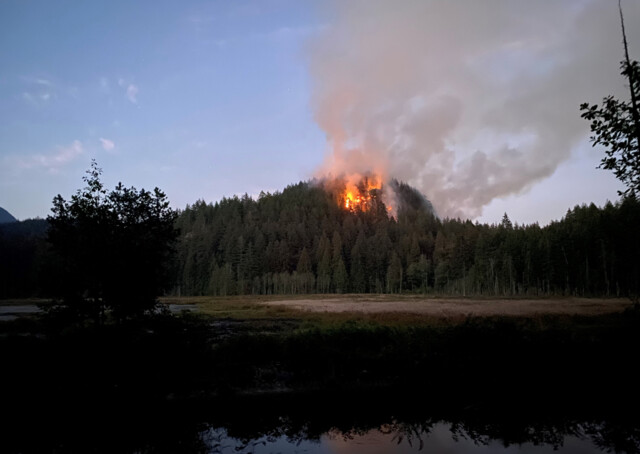 A regional park in British Columbia's Lower Mainland has been closed since Saturday as crews battle a wildfire sparked in persistently hot and dry conditions.

The Metro Vancouver Regional District posted an update on social media, saying firefighting crews were working in "extremely steep and challenging terrain" to suppress the fire in Minnekhada Regional Park in Coquitlam, B.C.

A Twitter account for the district's emergency services division had posted on Saturday afternoon saying the fire was "under control and not spreading," but on Sunday the BC Wildfire Service's website lists the blaze as out-of-control.

Videos posted online by the district show a helicopter dumping water on the fire.

The provincial wildfire service says human activity is the suspected cause of the fire.

It lists 174 wildfires burning in B.C., with seven sparked in the last two days.