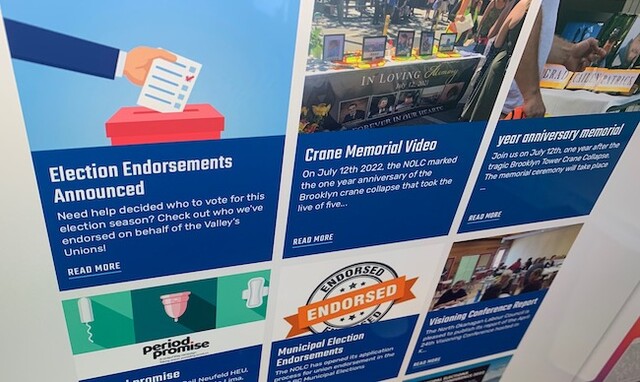 Of the 13 candidates running for a seat on Vernon city council and three for mayor, the North Okanagan Labour Council has endorsed just one.

The council says it undertook "a rigorous endorsement process in search of the best candidates for everyday working-class folks and friends of organized labour and trade unions."

It reviewed candidates on past experience, volunteerism, history with unions, involvement with community organizations and non-profits, assessment of critical issues, their platform, and their positions on topics of interest to labour, including living wages, pay equity, affordability, housing, the environment, contracting out of public services, public private partnerships, shopping local, job creation, ethical procurement, and truth and reconciliation.

In order to have been considered, candidates needed to submit their own applications.

In Vernon, that led to endorsement of just one candidate – Kelly Fehr.

"Each of these candidates have demonstrated through the application process and in their record that they have a sincere interest in advocating for the interest of working-class citizens in their respective communities," the labour council said in a press release.