Two hikers get helicopter hoist from steep terrain on Grouse 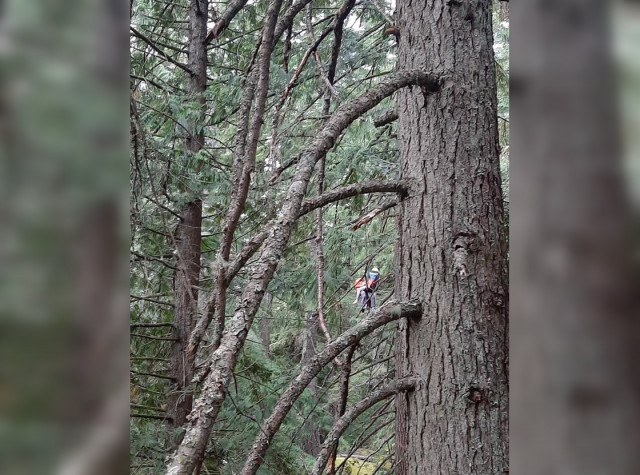 North Shore Rescue was called out Wednesday (Sept. 28) to pluck two hikers from steep terrain on Grouse Mountain after they got in over their heads on an unsanctioned trail.

Rescuers were alerted to the pair’s predicament after other hikers in the area heard the two men yelling for help.

The two men in their twenties had taken a bus to Grouse from Vancouver and planned to hike the Grouse Grind. But they weren’t familiar with the area and managed to get off that trail and on to another, unofficial route.

One of the hikers had fallen down into a gully and injured his leg, leaving him unable to walk, said search manager Don Jardine. The other man was stranded on a steep cliff above.

Fortunately, one of North Shore Rescue’s volunteer doctors was hiking nearby on the Grind and was able to hike into the injured man with a ground crew.

A helicopter then lowered a team member on a hoist to pluck each of the hikers off the mountain.

They also provided the injured hiker – who had lost one of his runners in the fall – with a spare set of hiking boots to get home.

Jardine said anyone coming to hike on the North Shore who is not familiar with the area should stick to the marked main trails. “Don’t plan an adventure when you’re not prepared for it,” he said.