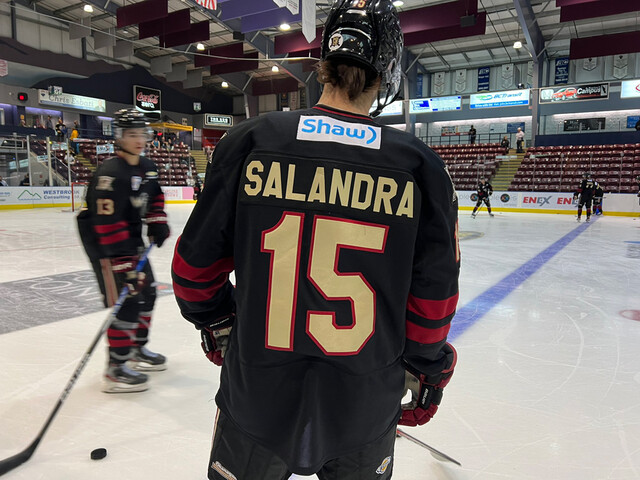 It will be a special night for the West Kelowna Warriors when they host Wenatchee Friday night at Royal LePage Place.

Not only will the Warriors hold their regular season home opener but, they will also recognize Truth and Reconciliation Day with specially designed orange jerseys.

"We know where we live here in West Kelowna...and I think it is important with the community that surrounds us that we support them to make it a very special night," said Warriors head coach Simon Ferguson.

The special sweaters, emblazoned with the "Every Child Matters" logo on the front, will be auctioned off during the game with proceeds going to the Residential School Survivors Society.

The Warriors expect a large, boisterous crowd to welcome the team Friday night, a far cry from a year ago when capacity was capped at 50 per cent due to COVID-19 restrictions.

In fact, this will be the first true home opener since 2019 when close to 1,000 fans came into the building.

The Warriors come into Friday's opener fresh off a successful season-opening road trip, recording 2-1 and 5-1 wins over Cowichan Valley and Victoria respectively.

Ferguson says it's nice to open undefeated, but knows the real work is ahead of them.

"We know we have two big games coming up. Wenatchee is always a tough team to play against, they have some really good skill up front and some good players on the back end.

"And, we know the powerhouse of Penticton is coming in (Saturday)."

The Wild come in off a 5-4 shootout loss in Surrey last weekend.

Sharun has yet to suit up due to injury, while MacDonald was hurt when he was slammed head first into the boards during Saturday's win in Victoria.

Nathan King of the Grizzlies was handed a two-game suspension for the hit.

It's unclear how long MacDonald will be out.

Justin Katz, who carried shutouts deep into both games on the island, will get the start in goal Friday night.

Newcomer Michael Salandra leads the team in scoring after the opening two games with four assists.

Faceoff is scheduled for 7 p.m.

The team will remember former Warrior Parm Dhaliwal in a ceremony prior to Saturday's game with the Vees.

Dhaliwal passed away suddenly in New York City over the summer.