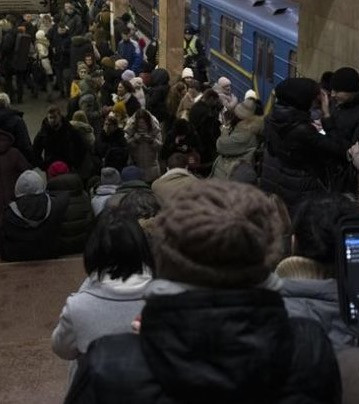 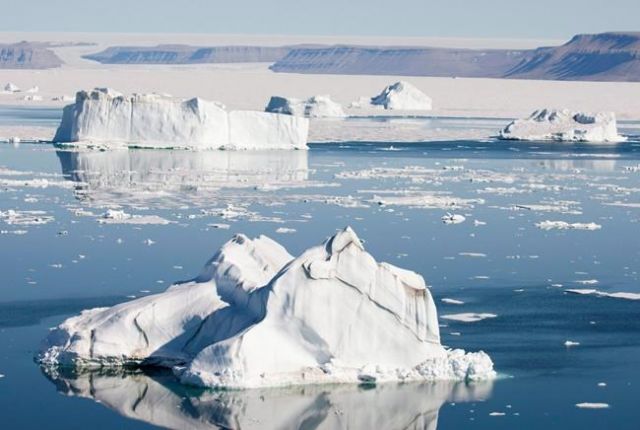 Photo: The Canadian Press
Icebergs are seen from outside Croaker Bay on Devon Island, Canada, on Friday, July 11, 2008. THE CANADIAN PRESS/Jonathan Hayward

What may be the broadest and longest study to date has found Canada's Arctic Ocean is growing more acidic up to four times faster than any other sea on the planet.

The acidification, linked to the loss of sea ice, will have unknown repercussions for the life in those waters, said Wei-Jun Cai, an oceanographer at the University of Delaware and co-author of the study in the journal Science.

"There will be a whole suite of impacts," he said. "Biologists will have to do more work."

Increasing levels of carbon dioxide in the atmosphere are turning all oceans more acidic, as carbon is dissolved into seawater and forms carbonic acid.

Scientists have known for some time that the Arctic Ocean is more susceptible than most. Last year's Arctic Report Card from the U.S. National Oceanic and Atmospheric Administration concluded acidification is already high enough in some places to dissolve shells of sea snails.

Cai's study uses data on surface water from 47 different research cruises from 1994 to 2020 -- some from the Chinese research icebreaker the Xue Long -- to give the most definitive picture of the changes in the Canada Basin, a vast stretch of ocean covering the entire western Arctic.

It found almost a million square kilometres of ocean had grown more acidic, including more northern waters where the effect hadn't been seen before.

The study also found the entire basin was acidifying at a rate at least three and up to four times faster than any other ocean -- a speed much faster than that predicted by global emissions models.

"We were really shocked," said Cai. "We were quite surprised."

So were his colleagues. Cai said it took two years to get the paper published because peer review juries had to be absolutely convinced of how its disturbing conclusions were reached.

In the end, said Cai, it comes down to sea ice loss.

Historically, Arctic waters have been lower in carbon dioxide because as recently as the 1990s they were covered with sea ice most, if not all, of the year. That's no longer true.

In effect, Arctic waters are playing catch-up with the other oceans, where the carbon dioxide content is growing at the same pace it is in the air.

As well, the volume of that ice melt is creating a layer of relatively fresh water atop the Canada Basin. Because that water isn't as dense as saltier water, it tends to float on the surface and concentrate the acidity.

The consequences of that profound change to the Arctic ecosystem are just beginning to be studied, said Cai. Acidity makes it hard for animals to form shells, but that's just the start, he said.

For example, Cai said there's evidence to suggest that more acidic water makes toxins such as heavy metals more likely to be absorbed by plants and animals.

More research is needed to discover what effects the rapid changes are having on the Arctic ecosystem, which has one of the most productive fisheries in the world, he said. As well, more study is required just to keep on top of the changes, Cai said.

Cai and his colleagues conclude that ice melt is likely to drive faster-than-average acidification in the Arctic for at least the next couple of decades. The consequences are unknown, says the paper.

"This greatly amplified summertime ocean acidification, modulated by large-scale climate change, may lead to long-lasting impacts on the biogeochemistry, ecosystem, and organisms in the Arctic Ocean basins."