First time he said I love you 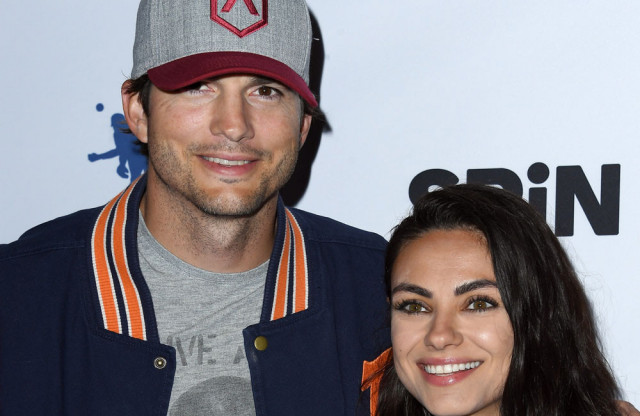 Ashton Kutcher was drunk the first time he professed his love to Mila Kunis.

The 44-year-old actor - who met his now-wife when they were teenage co-stars on classic sitcom 'That 70s Show' but didn't start dating until 2012 - has recalled the moment he told her he loves her.

Speaking during his own 'Our Future Selves' interview and marathon training series with Peloton, he said: "The first time I told my wife that I love her, was while listening to 'You and Tequila'.

"I might have had a little too much tequila. I showed up drunk at her house, at like two in the morning, and I just started screaming, 'You and tequila make me crazy'.

"And I told her I love her, and she said, 'Don't say it if you don't mean it. Are you gonna love me in the morning when you wake up from this hangover?' "

However, Mila needn't have worried as Ashton still felt the same way after the night before.

He shared the story while speaking to country singer Kenny Chesney, who performed 'You and Tequila' with Grace Potter and was surprised to learn the track played such a key role in Ashton and Mila's relationship.

The musician said: "Well, I had no idea that me and Grace Potter were such a part of the really intimate detail for you and your wife."

Ashton added: "You and Grace Potter brought it home."

The former 'Two and a Half Men' actor and Mila welcomed their first Child Wyatt, seven, into the world in 2014, and got married the following year before she gave birth to their second child Dimitri, five, in 2016.

Meanwhile, the 39-year-old actress recently admitted she and her man had to "power through" his health scared three years ago when he contracted a rare form of vasculitis.

She explained: "So, this happened right before COVID, so this was three years ago. I don’t think you have time to sit down and talk, you kinda just power through.

“You go and deal with whatever health issue comes your way, but you still got kids, you still got a family, you have to live life.

“And I think that we are so fortunate to have one another, but as far as sitting there and incessantly talking about things, no – you gotta do.”