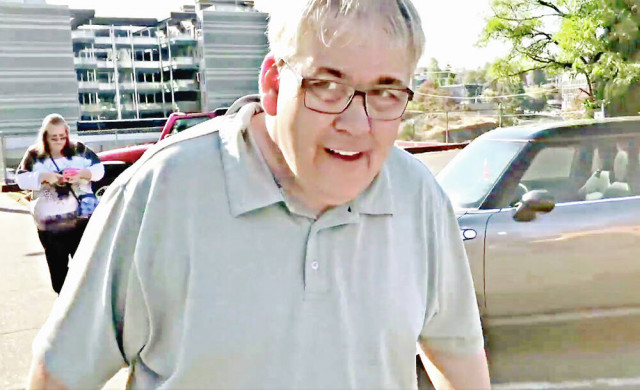 Photo: .
Glen Massick, 46, pleaded guilty to sexual assault and two counts of sexual interference with a person under the age of 16. CHEK News

A former Nanaimo education assistant has been sentenced to six years in prison for sexual offences against three developmentally-delayed teenagers.

Glen Massick, 46, had pleaded guilty in June to sexual assault and two counts of sexual interference with a person under the age of 16. This week, however, he was asked to enter his guilty pleas again after concerns were raised about “alarming statements” in the presentence report about his lack of insight into — and his denial of — some of the offences.

Crown and defence presented a joint submission to the court, asking for the six-year sentence in a federal penitentiary to get Massick the help he needs.

In an agreed statement of facts, the court heard that Massick sexually assaulted an 18-year-old, first starting a conversation about sex, then performing oral sex on the teen. The offence took place sometime in 2018 or 2019.

Crown prosecutor Joanna Simpson said the fact Massick was in a position of trust with all three complainants was an aggravating factor. “They were children at the time and extremely vulnerable. Two of the victims were students in his care,” she said.

The presentence report indicates Massick does not have insight into his offences, said Simpson. He does not want to discuss the offences, or the underlying causes and triggers.

Massick said he does not recall initiating any sexual activity or performing any sexual acts on the 18-year-old. He admits he communicated with both younger victims by text message and made jokes that were sexual in nature, but he said he thought he was being funny. He also denied some of the offences took place.

“I hope that this long period of incarceration will go some way to mitigate that concern,” Simpson said.

The presentence report says Massick was sexually assaulted at age 13 or 14, and stopped attending high school because he was being bullied. His anxiety increased to the point that he couldn’t be around crowds of people and, at times, he has been unable to work.

Defence lawyer Stephen Littley said Massick never received treatment after he was sexually assaulted. “Nothing was done for his suffering as a child and you can see it coming full circle now.”

The defence lawyer noted that although Massick’s mother is of Indigenous ancestry, he has no connection with his heritage. “There will be programs and elders he can reach out to in prison,” said Littley.

In a victim impact statement, one teen wrote that he has a pain in his stomach when he thinks about what happened. “I’m scared,” he wrote. “Every grey van I see, I worry that it’s him.”

The 18-year-old, who can’t read or write, said he felt ashamed about what happened with Massick. “It didn’t feel right. I went on the bus and cried the morning after it happened.”

His stomach is tied up in knots and he’s thought about killing himself, he said. He also got sent home from work because he was crying.

At the end of the hearing, Massick stood and apologized to his victims, saying: “I’m sorry. I’m looking forward to getting help.”

Judge Justine Saunders ordered Massick to give a sample of his DNA. He is prohibited from being in a public space or working and volunteering with children under the age of 16 for 10 years.