Should Ottawa spend more now to combat the effects of extreme weather in the future? 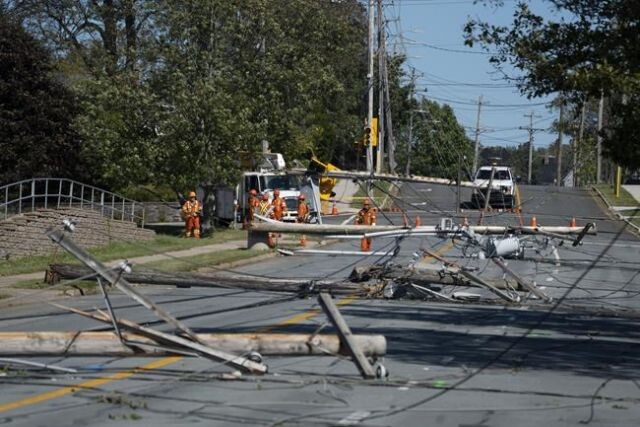 Canadians will see lower incomes and a choice between higher taxes or fewer government services if there isn't more effort to adapt to the changing climate, a new report from The Canadian Climate Institute warns.

But according to a report released Wednesday, if governments and the private sector buckle up and start investing in making Canada more resilient to the effects of extreme weather, the economic impact of climate change can be cut by 75 per cent.

"The good news story is we have some ability to change this future," said Ryan Ness, the director of adaptation research for the climate institute.

In its analysis, called Damage Control, the institute looked at projected economic growth and analyzed the impact of different scenarios based on how many greenhouse gas emissions are eliminated and what we do to prepare for more-frequent severe weather.

The worst news is that in every scenario, Canada's climate is already changing and more severe weather — drought, forest fires, flooding, and damaging storms — is already upon us.

In 2021, severe weather caused $2.1 billion in insured damages, which does not include costs related to public infrastructure or uninsured private losses.

The analysis estimates that Canada is already looking at annual disaster recovery bills of $5 billion by 2025 and $17 billion by 2050, regardless of how well Canada and the rest of the world do at cutting emissions.

It says that to prevent a loss in government services, including to health care or education, income taxes would have to increase by 0.35 per cent in 2025, compared to now, and get one per cent higher by 2050.