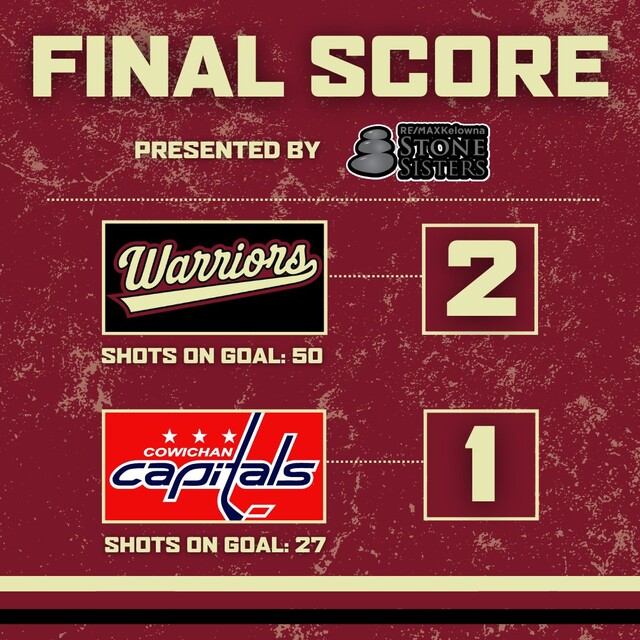 The West Kelowna Warriors put a lacklustre pre season behind them when the games really mattered.

Defenceman Matthew Fusco provided all the offence the Warriors would need Friday, scoring both goals in a 2-1 regular-season opening victory in Cowichan Valley.

Fusco, who had nine goals and 24 points in 24 games in US prep hockey, got the Warriors on the board six minutes into the goal, as the Warriors took advantage of a five-on-three advantage.

Bidewell, who faced 50 Warrior shots on the evening, prevented the Capitals from being blown out of their own rink on opening night.

Justin Katz turned aside 26 shots, and saw his bid for a shutout ruined in the final minute of regulation, on a late Cowichan power play.

The Warriors connected once on four power play chances while Cowichan went 1-2.

The Warriors conclude their two-game season opening road trip Saturday night in Victoria. The Grizzlies opened the season Friday falling 3-2 to Alberni Valley in a shootout.