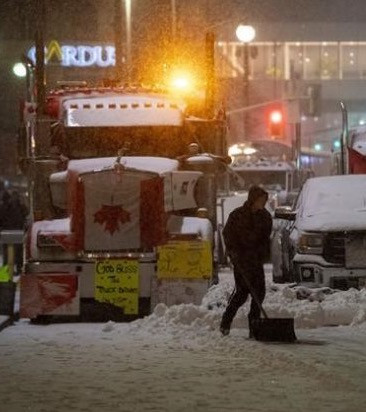 Military was told to prepare to intervene in Freedom Convoy protests.

'A hero': Family member identifies man killed in a series of assaults in Edmonton 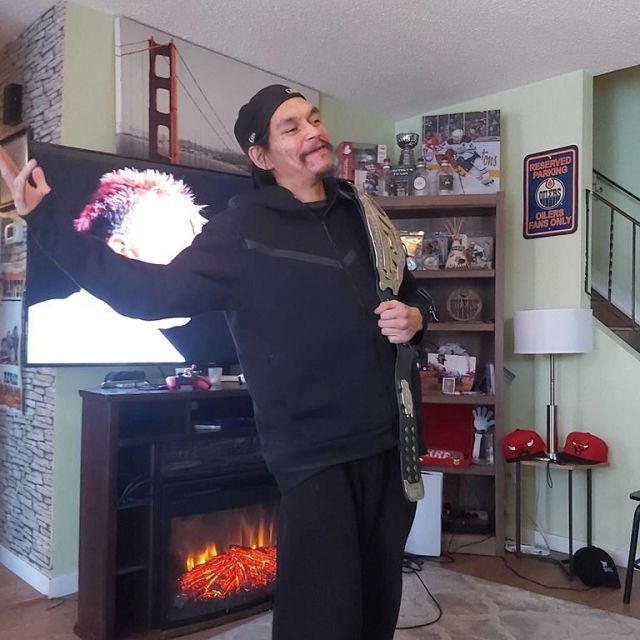 Photo: The Canadian Press
Brian Berland is shown in a handout photo from the Facebook page of his brother-in-law Allen Frost. A family member of a man who was fatally stabbed in a series of random attacks in Edmonton says he died protecting his sister. Allen Frost says his brother-in-law Brian Berland died after being attacked while out walking in the northeastern Homesteader neighbourhood with his sister Jamie and her dog, Meatball.THE CANADIAN PRESS-HO-Facebook-Allen Frost

A man who was fatally stabbed in a series of attacks in Edmonton died protecting his sister, a family member said.

Brian Berland, 38, of the Cold Lake First Nation in northeastern Alberta, died Wednesday after being attacked while walking with his sister, Jamie, and her dog, Meatball, in the Edmonton neighbourhood of Homesteader, his brother-in-law Allen Frost said.

Frost said Berland was in Edmonton to visit family.

“Brian Berland is a hero. My wife Jamie and Brian were out walking our puppy and the attacker came out of the nearby bushes and started to stab Brian,” Frost said in a Facebook message Thursday to The Canadian Press.

"Brian yelled to Jamie to run. As she was running away, she dropped our puppy’s leash, and he took off as well and is still missing."

Frost said his wife wasn't physically harmed, but police have said two other people were injured in the attacks.

Frost said the family was to hold a vigil for Berland at the crime scene Thursday evening.

A suspect, whom police identified as 25-year-old Clarence Lawrence, was taken into custody Wednesday more than two hours after authorities warned the public about the attacks.

Lawrence was arrested about two kilometres from where Berland was killed.

Edmonton police initially said they believed the assaults were random in nature. In a news release Thursday, police said the suspect knew one of the victims.

"These incidents appear to be unprovoked, though the investigation has since determined that the suspect knew one of the women, but not the other two individuals."

The two survivors of the attacks are a 32-year-old woman and a 41-year-old woman, police said. They were sent to hospital with serious, non-life-threatening injuries.

In their update Thursday, police said the 32-year-old woman was stabbed at a bus stop before the 41-year-old was attacked moments later in her tent a short distance away.

Police did not identify Berland as the deceased victim but said a 38-year-old man was fatally stabbed after the two women were attacked.

"Homicide investigators are currently conducting interviews and the suspect remains in police custody," the service said, adding that charges have not yet been laid.

Police Chief Dale McFee said Wednesday on Twitter that many in the community were left shaken after the attacks.

“My condolences to the family of the victim, and my prayers to those injured,” he wrote.

Mayor Amarjeet Sohi also took to Twitter to thank the police “for their hard work in keeping Edmontonians safe and informed.”

“I am heartbroken to hear that one person has lost their life and two others have been seriously injured,” he tweeted Wednesday.

“My thoughts are with everyone affected by this tragedy.”

While police were searching for the suspect Wednesday, they warned residents, pedestrians and motorists to avoid the northeast neighbourhood of Homesteader, near Hermitage Road and Henry Avenue. They said officers were looking for a man with an "edged weapon."

Residents were also advised to shelter in place. Four Catholic schools, four public schools and at least one daycare in the area were on alert as a precaution, meaning the exterior doors were locked.

Dave Olechow said Wednesday he was driving in the area when he saw a man running down the street, yelling at another man and woman walking with a small dog.

He said he continued driving and did not see anyone get stabbed.

At the crime scene later in the day, Olechow said he spoke to police about what he saw.