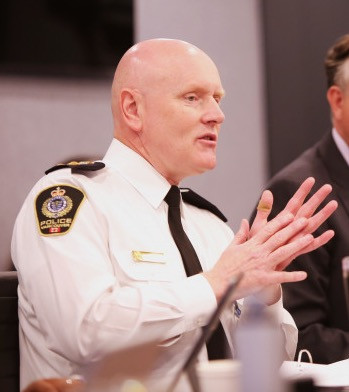 A North Vancouver woman nearly got taken for an expensive ride by her car rental company, which claimed she drove more than 36,000 kilometres in three days.

Giovanna Boniface picked up a Yukon Denali from Avis Car Rental at Toronto’s Pearson International Airport on Aug, 13. She drove it to Kitchener to help her daughter get moved back in for university and returned the vehicle to Avis at the airport three days later, a round trip of about 170 kilometres.

Boniface’s work requires her to travel frequently and she rents cars often so she thought nothing of returning the vehicle to the airport, handing over the keys and being on her way.

It was only after she left and was waiting to board her flight that she saw the receipt indicating she’d driven 36,482 kilometres in 68 hours, along with $8,079.76 charge to her credit card.

If Boniface were to skip all washroom and fuel stops, she’d have to maintain a speed of 536.5 kilometres per hour or 148.8 metres per second to go the distance Avis’s bill claims she did. That would be roughly the top speed of the fastest drag racer and significantly more than 176 km/h the SUV is capable of.

Given the proper bridges being built, it would be enough for her to drive from Toronto to visit her family in Cape Town, South Africa and back and still have a few thousand kilometres to spare, Boniface points out.

Had she set out to drive around the circumference of the Earth at the equator, she would have made it 91 per cent of the way.

Had she been able to drive the Yukon straight upward, she would have been at risk of hitting satellites in geostationary orbit.

It’s an obvious error, either by a human or computer, and, to put it lightly, Boniface disputes the claim and the bill.

Boniface and her husband tried calling the Avis’s Pearson airport location non-stop for about 90 minutes. No one picked up and she didn’t have the option to leave a voicemail.

When she finally got through to a customer service agent, she explained the situation.

“And they didn't really care. I asked to be put through to a supervisor, because sometimes that's what you need to do and they just hung up on me. And I don't know if they do that purposely, but I just kept getting hung up on,” she said.

For days after, there was "Nothing from Avis. Not a peep,” she said.

Bonfice asked VISA to cancel the charge but their process for a dispute could take at least 45 days. On Friday morning, she confirmed the charges had gone through.

Boniface said it should have been flagged as soon as it went into Avis’s system that something was amiss.

After receiving a request for comment on the story from the North Shore News on Friday, Avis contacted Boniface with an apology and a promise that she would have the extra charges refunded in three to five business days.

When it comes to car rentals in the future, Boniface she would advise anyone against using express drop-off service.

“It's meant to be fast but look at what's happened,” she said.