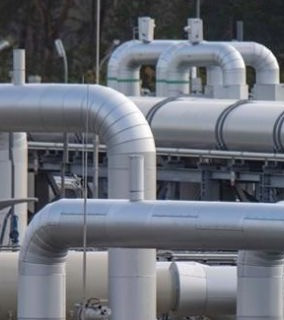 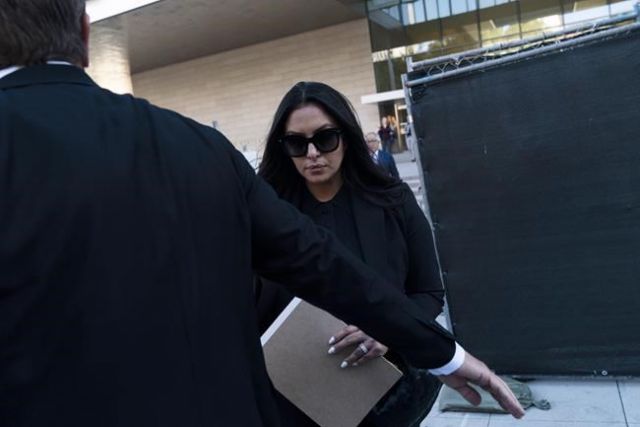 Photo: The Canadian Press
Vanessa Bryant, the widow of Kobe Bryant, leaves a federal courthouse in Los Angeles, Wednesday, Aug. 10, 2022. Kobe Bryant's widow is taking her lawsuit against the Los Angeles County sheriff's and fire departments to a federal jury, seeking compensation for photos deputies shared of the remains of the NBA star, his daughter and seven others killed in a helicopter crash in 2020. (AP Photo/Jae C. Hong)

Vanessa Bryant testified Friday that she was only beginning to grieve the loss of her husband, basketball star Kobe Bryant, and their 13-year-old daughter Gianna when she was faced with the fresh horror of learning that sheriff's deputies and firefighters had shot and shared photos of their bodies at the site of the helicopter crash that killed them.

“I felt like I wanted to run, run down the block and scream,” she said, her tears turning to sobs and her voice quickening. “It was like the feeling of wanting to run down a pier and jump into the water. The problem is I can't escape. I can't escape my body.”

During her three hours on the witness stand in a Los Angeles federal court, where she is suing LA County for invasion of privacy over the pictures, Bryant said she had fought to get through both public and private memorials for her loved ones and seven others who were killed Jan. 26, 2020, and thought she was ready to really begin the grieving process about a month later. She was with friends and her surviving daughters, and holding her 7-month-old baby, when she received a call about a Los Angeles Times story on the crash-site photos.

“I bolted out of the house and around to the side so my girls wouldn’t see,” she said. “I was blindsided again, devastated, hurt. I trusted them. I trusted them not to do these things.”

Evidence presented at trial showed that a sheriff's deputy showed a photo of Bryant's body to a bartender as he drank, spurring an official complaint from another man drinking nearby, and that firefighters shared them with each other at an awards banquet. Others shared them with spouses. An attorney for the county said the photos had been taken only because they were essential for assessing the site moments after the crash, and that when LA County Sheriff Alex Villanueva learned they were being shared, he demanded they all be deleted.

No photos emerged publicly, but Vanessa Bryant said she has constant worry that some still might.

She said the thought keeps her awake at night as she lies next to her 3-year-old and her 5-year-old, and sometimes leads to panic attacks in which she can't breathe.

Under cross-examination from J. Mira Hashmall, the lawyer representing LA County at the trial, Bryant testified that she had not received any medical diagnosis of having had panic attacks, or any mental health disorder, nor had she taken any medications for them.

She said she had talked to a therapist for about 18 months after the crash, but had not since.

Hashmall spent much of her 90-minute cross-examination going through the business roles Bryant now plays, including acting as president of her husband's multimedia company, Granity Studios, overseeing the publication of one book he wrote and helping to finish and publish another, heading the foundation started for Kobe and Gianna, and establishing several other companies.

Hashmall suggested that Bryant's ability to do all of this meant she was functioning well and was not overcome with fear and anxiety.

“It sounds like on top of everything else you're juggling a business empire,” Hashmall said at one point.

“For me, it's a labor of love,” said Bryant, who remained calm and composed during cross-examination.

She cried frequently, and laughed occasionally, during the questioning of her attorney Luis Li, who had her describe her life with her “proud girl-dad” husband and their daughters.

“He was just such a beautiful and devoted father,” she said.

Bryant chronicled the day of the crash, her anguish, and her frustration at trying to learn whether her husband and daughter were still alive after she initially heard from an assistant that there were five survivors.

She described Sheriff Villanueva coming into a room where she waited at Lost Hills sheriff's station and confirming that her husband and daughter had been killed. He asked if there was anything he could do for her.

“I told him, if you can't bring my babies back, then please secure the area," Bryant said. "I'm concerned about paparazzi.”

“Did the sheriff tell you one of his deputies had already gone to the hill to take close-up pictures of crash victims?” Li asked.

During cross-examination, Hashmall said the deputy, Doug Johnson, who hiked through tough terrain into the hills in northern Los Angeles County to the crash site and shot the photos that were later shared, was only trying to use them to assess the situation.

“You can understand why he would want the same information you did,” Hashmall said.

“I don’t think you need to take close-up photos of people to determine how many people are on an aircraft,” Bryant replied. “I think he could have just counted."

Bryant's side rested its case after her testimony, which came on the eighth day of the trial.