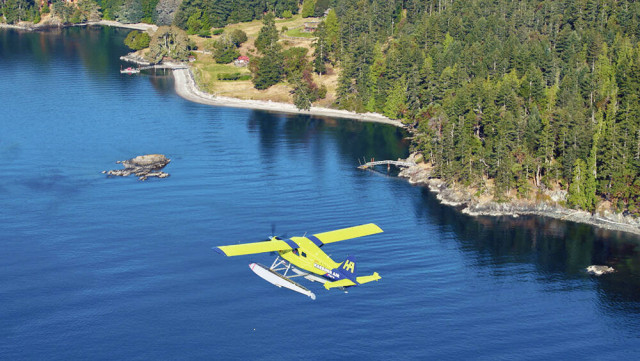 Photo: .
The e-Beaver flies over the water during its first point-to-point flight on Thursday. HARBOUR AIR

“This is a major milestone in the advancement of all-electric commercial flights,” the company said in a statement,

Kory Paul, Harbour Air’s vice-president of flight operations and one of the company’s test pilots, called it a “historic flight” and said it went exactly as planned.

“Our team, as well as the team at magniX and Transport Canada, are always closely monitoring the aircraft’s performance and today’s flight further proved the safety and reliability of what we have built,” Paul said.

MagniX is an electric aircraft engine manufacturer headquartered in Everett, Washington. It started working with Harbour Air in 2019.

The ePlane will stay in Victoria to support Harbour Air’s partnership with the B.C. Aviation Museum, which is hosting an open house on Saturday from 10 a.m. to 4 p.m., before returning to Harbour Air’s maintenance facility at YVR.

Harbour Air has said it hopes to achieve Transport Canada certifications to start carrying passengers by electric seaplane as early as next year.

The company said it is uniquely positioned to be the leader in commercial electric flight, citing the small sizes of its single-engine aircraft and its short routes, usually 30 minutes or less.

It plans to eventually electrify its entire fleet of De Havilland Beaver and Otter aircraft.