'A no-brainer': 56% of Canadian parents say proper disposal of drugs not essential 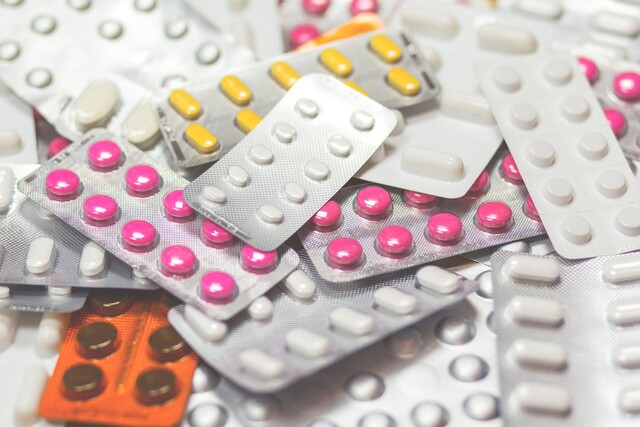 Roughly 40 per cent of Canadian parents throw unwanted medication in the garbage in a practice that puts both aquatic ecosystems and human health at risk, says a new poll.

In the Angus Reid survey, commissioned by the Health Product Stewardship Association (HPSA) and Drug Free Kids Canada, the pollsters found more than half of parents don’t consider the safe disposal of medicines essential.

The poll also found just under half of parents have never talked to their children about how to safely dispose of unwanted medications. That number goes up to 58 per cent for parents with children aged 11 to 12.

“We have half a million chemicals on the Canadian market in high production volumes. It’s very hard to design a wastewater plant to take care of all that,” said Peter Ross, an ocean pollution scientist with Raincoast Conservation Foundation.

According to experts, the problem is growing.

As drug consumption climbs, waste discarded into sinks and flushed down toilets into sewers is growing at a significant rate, according to a recent report from the Organization of Economic Cooperation and Development (OECD).

That’s largely due to aging and growing populations, a rise in chronic illness, and changing clinical practice.

The study, published in May 2022, noted conventional wastewater treatment facilities were not designed to remove drug residues. Instead, treated sewage sludge redirected for composting or filling in land can leak pharmaceuticals into the surrounding water.

The drugs are then ingested by invertebrates and fish, and can eventually impact the food sources in larger predators.

Scientists have found the accumulated pharmaceuticals can affect animal behaviour, their immune systems and reproduction, and even lead to increased mortality.

Ross says, for years, there has been strong evidence in London’s River Thames of fish species experiencing a broad feminization down water from wastewater plants. And while it’s hard to pinpoint sources, part of the effect could be from estrogen in birth control.

“The highest risk around that is in freshwater environments,” said Ross. “That old saying is true to a point: the solution to pollution is dilution.”

That means that anything in a river, lake or stream is particularly vulnerable. Ross points to critical salmon species who spend much of their life cycle in the Fraser River.

Controlled laboratory studies have shown pharmaceuticals can affect salmon behaviour, their immune system, their ability to balance fluid and electrolytes, and their smell, says Ross.

Some drugs will stimulate a fish. Narcotics will make them dopey. Immunosuppressants used in organ transplants could lower a species' ability to fend off disease.

But because salmon are a migratory fish species, he says it’s virtually impossible to conduct an experiment that will isolate the impacts of specific pharmaceuticals.

“In the case or our salmon, there’s a big black box in what we know,” he said.

In addition to representing a huge volume of wasted health-care resources, the OECD report also warns the discarded drugs pose a possible public health risk of poisoning if unused medicine is extracted from public or private waste bins, either by accident or through intentional misuse.

B.C. was the first province in Canada to enact extended producer responsibility legislation. In 1997, it passed a law that required pharmaceutical companies set up a program for individuals to return unused drugs. Since then, several provinces have enacted similar legislation, in some cases, with the HPSA managing pharmaceutical returns on behalf of drug companies.

Yet according to the OECD data, Canada still has one of the lowest per capita drug collection rates among its peers. In 2019, Canada collected an average of 20 grams per person of pharmaceutical waste, nearly an eighth that of France and roughly a fifth that of Spain.

With so many chemicals in high-volume use across Canada, Ross says it’s not realistic to expect wastewater plants to have the capacity to filter out everything.

What’s required, he said, is for individuals across the country to take responsibility for old drugs before they go down the sink or into the toilet.

“We suffer in Canada from an embarrassment of riches — huge volumes of freshwater, over 200,000 kilometres of coastline,” said Ross.

“To me, it’s a no-brainer. If there’s a way to reduce releasing harmful pharmaceuticals into the environment, it’s at the source.”