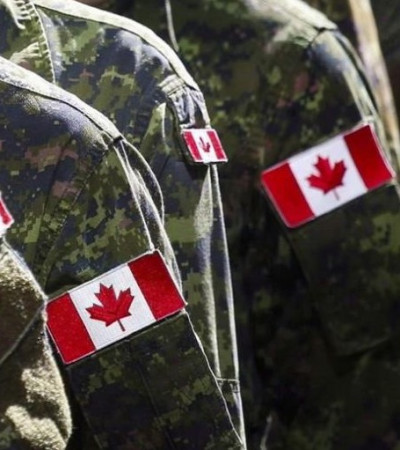 Pandemic benefits were too generous with businesses, stringent with workers: experts 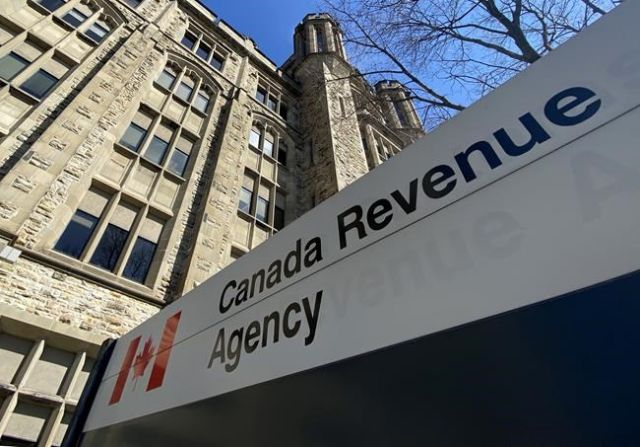 Photo: The Canadian Press
The Canada Revenue Agency building is seen in Ottawa, Monday April 6, 2020. Economists say the rollout of COVID-19 relief benefits at the onset of the pandemic allowed vulnerable Canadians to stay healthy while maintaining an income, but looking back, supports for businesses were excessive and demonstrate the oversized influence of business interest groups on public policy.THE CANADIAN PRESS/Adrian Wyld

Benefits rolled out at the onset of the COVID-19 pandemic allowed vulnerable Canadians to stay healthy while maintaining an income, but business supports were excessive and show the outsized influence of business groups on public policy, economists say.

Nearly two and a half years ago, the federal government faced an unprecedented task of shutting down the economy to slow the rapid spread of COVID-19. That shutdown led to a series of pandemic relief benefits aimed at softening the blow to workers and businesses, with the two most prominent programs being the Canada Emergency Response Benefit and the Canada Emergency Wage Subsidy.

Previous analysis from the federal statistics agency also found that, as was expected, usage of the wage subsidy program correlated with a lower probability of closure and fewer employee reductions.

While there was little time to spend on crafting the benefits and fine-tuning the details in March 2020, economists are now assessing the successes and failures of these programs in retrospect.

City of New York University economics professor Miles Corak, who has written analyses on these programs, says any evaluation needs to account for the uncertainty people and governments were facing at the time and the urgent need to keep people healthy.

That said, Corak said while the CERB was "terribly successful," the Canada Emergency Wage Subsidy was a "huge failure."

"The Canada Emergency Response Benefit got money out the door quickly in time to keep people at home, which is what we wanted to do to save lives," he said.

On the other hand, Corak said the CEWS "came too late, it wasn't well-targeted and dramatically over-insured (businesses)."

The CERB was quickly announced in March 2020 and $2,000 monthly to Canadians who lost income because of the pandemic shutdown. That was followed soon after by the CEWS, which subsidized businesses' employee wages by 75 per cent in hopes of encouraging companies to hold on to their staff.

Corak says that by the time the wage subsidy was introduced, many businesses had already parted ways with their employees.

Another source of criticism for the wage subsidy program was that it subsidized wages for all workers at affected businesses, rather than simply those whose jobs were at risk of being lost, making it especially costly.

Jennifer Robson, an associate professor of political management at Carleton University, also pointed to the wage subsidy program as being unsuccessful. Robson said businesses that would have otherwise closed down for reasons unrelated to the pandemic remained artificially afloat because of the wage subsidy.

"These were not businesses that were going to return to profitability," Robson said.

In hindsight, Corak said the wage subsidy program should have been smaller in scope and targeted to larger businesses with specialized needs where it would be important for companies to hold on to the same employees, such as the airline sector.

The Canadian Federation of Independent Business has said the wage subsidy was "crucial" for small business owners and noted in April this year that only two of five of its members reported being back to normal sales.

Adrienne Vaupshas, the press secretary for Finance Minister Chrystia Freeland, said in a statement the focus of the government at the onset of the pandemic was to protect jobs and ensure a strong economic recovery.

"Today we have recovered 114 per cent of the jobs that were lost during the darkest months of the pandemic," Vaupshas said.

In contrast to what some economists have characterized as excessively generous supports for businesses, some low-income Canadians have experienced clawbacks to social assistance benefits because they collected CERB. The Canada Revenue Agency is also hoping to recoup benefits paid out to over 400,000 Canadians whose eligibility was questioned.

In response, anti-poverty group Campaign 2000 has called for CERB amnesty.

Corak said while it's reasonable to ask those who fraudulently collected benefits to pay them back, businesses should be held to the same standard.

"The concern I would have is the asymmetry in this response between individuals and businesses," Corak said.

The CFIB has called for more loan forgiveness for small businesses who accessed loans through the Canada Emergency Business Account. The federal government is already offering partial loan forgiveness if repayments are made by the end of 2023.

"There is nothing like that for individual low-wage workers," said Robson.

Corak noted that at the start of the pandemic, there was a focus on the role of front-line workers, but with time, this shifted to small businesses.

"I think the small business lobby was very effective in informing individual MPs and putting pressure on cabinet and the government to respond in a way that many unseen and unheard mothers, fathers workers and families just didn't have that same voice," Corak said.

The danger of the wage subsidy program, Corak said, is that it sets a precedent for providing excessive subsidies to businesses and thereby stifling innovation.