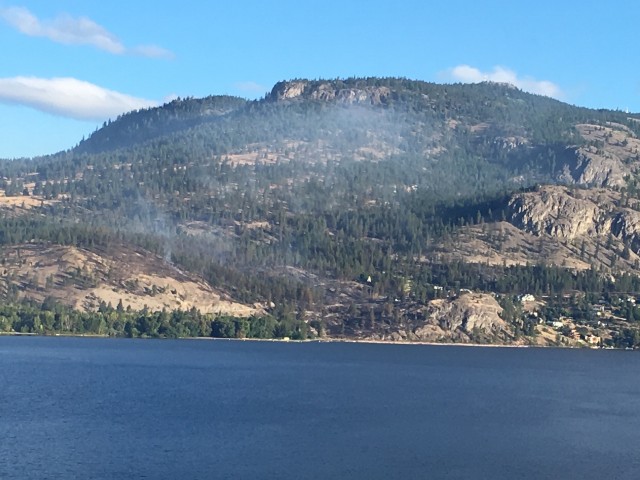 Fire crews now have the Bear Creek wildfire 75 per cent contained after spending the night working to secure the perimeter of the blaze.

The BC Wildfire Service has 50 firefighters battling the blaze along with one helicopter bucketing hot spots today.

Favourable weather conditions helped fire crews get a handle on the fire Monday, and Rachel Witt, with the BC Wildfire Service, says those conditions will remain in place today.

“Temperatures are still lower than they were last week and, as well, the wind isn't quite as high as when the fire first broke out,” Witt said.

Forestry crews will work on falling dangerous trees in the area today, along with putting out hot spots and increasing containment around the perimeter.

Despite the fire crews' progress, 105 properties remain evacuated in Traders Cove and Bear Creek Provincial Park, and 65 properties in the area are on evacuation alert.