Firefighters have mopped the forest floor with a grassfire on Knox Mountain.

Kelowna Fire Department platoon captain Steve Wallick says crews will have to "babysit" the fire for a few hours to ensure it doesn't flare up.

They are now putting out hot spots.

Wallick won't speculate on the cause. However, there are burns in the ditch at the roadside.

Emergency officials are trying to get people off Knox Mountain, as they battle a grassfire on the popular Kelowna hiking trail.

The fire is about 15 meters by 15 meters, and it's located just off the side of the road near the first lookout.

Several fire engines, a pumper truck and at least six firefighters are working to douse the blaze.

Firefighters are working to douse a grassfire on Knox Mountain.

Smoke is visible on the hillside. The fire is located near the first lookout on the popular hiking trail.

Officials are asking people to not drive up the hill.

A Castanet reporter is heading to the scene. 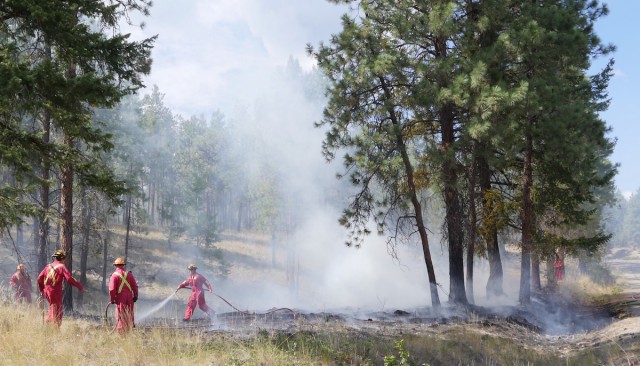 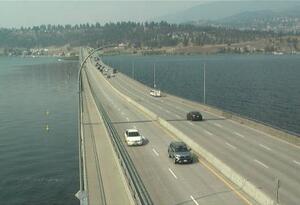