When she was a child, doctors told Samantha Sewell she would never be able to speak.

Sewell took that as a challenge, not a limitation and now the Vernon Secondary School 2016 graduate has spoken at numerous public events with bigger ones on the horizon.

Sewell began public speaking 18 months ago when she entered her first pageant. By the time she was 17, she had won four pageants and is the reigning Miss Teen Galaxy Canada.

“I am now heading to Miss Teen Galaxy Internationals to represent Canada,” said Sewell who leaves Saturday for the prestigious event in Orlando.

The platform for Sewell's pageant is inclusion for all and anti-bullying.

“After being bullied for most of my life, I decided to take a stand against it. I had begun to volunteer in the VSS Resource room and quickly realized that they were constantly being bullied. I began to stand up for the students in that class and while doing so I felt more inclined to stand up for myself as well," Sewell wrote on her blog.

“I will always continue to tell my story in the hope of helping anyone who is being bullied and excluded, and I am so grateful for the opportunities that pageantry has given me to do this."

Sewell has attended more than 60 events around the country and has spoken at many of them. She has helped raise money for charities and has been called an inspiration by many people as she boldly talks about the challenges she has overcome.

“I look back now and if someone told me I would be speaking at these events, I wouldn't have believed them,” said Sewell, adding she started doing pageants to prove naysayers wrong.

She is passionate about helping children overcome their own challenges and plans on working with special needs children as a career.

“People listen to a girl in a crown more than a girl without a crown,” she said. “I really just want children to know whatever they put their mind to, they can achieve.” 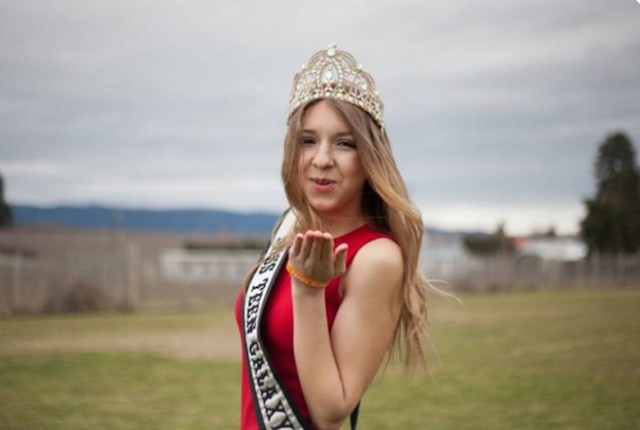