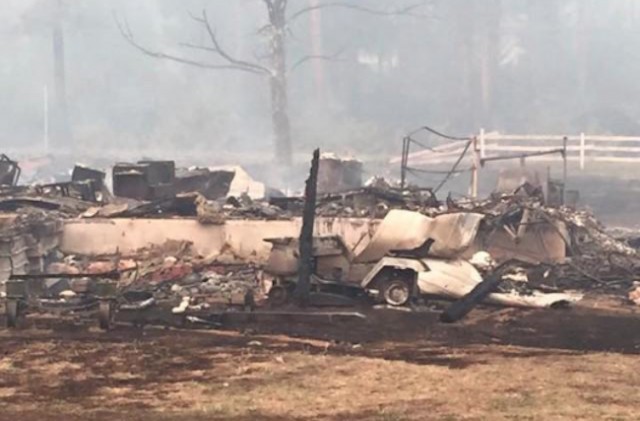 Contrary to published reports, there is no "smoking gun" when it comes to the cause of the Rock Creek wildfire.

Media reports have blown up with speculation since Sunday that video exists of a cigarette butt flicker who may have started the destructive blaze.

When Premier Christy Clark was asked about that possibility during tours of the fire scenes in Rock Creek and Oliver, she said fire officials would scour highway webcams to see if that's true. That got twisted to become "butt flicker caught on camera," or words to that effect, by the time social media had a field day with the story.

The truth is somewhat less sensational.

Ben Chin, with the Office of the Premier, said Monday that staff did indeed check highway webcams. The nearest one to the spot where the Rock Creek blaze is believed to have started is two kilometres away.

"We're not in possession of any video showing someone throwing a cigarette butt out their car window," he confirmed.

Chin said the story blew out of proportion when evacuees were filmed at one of the reception centres and one man was caught on tape telling other evacuees he had witnessed the alleged butt-flicking and that cameras were rolling at the time.

"The premier was asked if that was true, and she said – if such video existed – the province would be looking into it," said Chin.

As far as he knows, there is no such video.