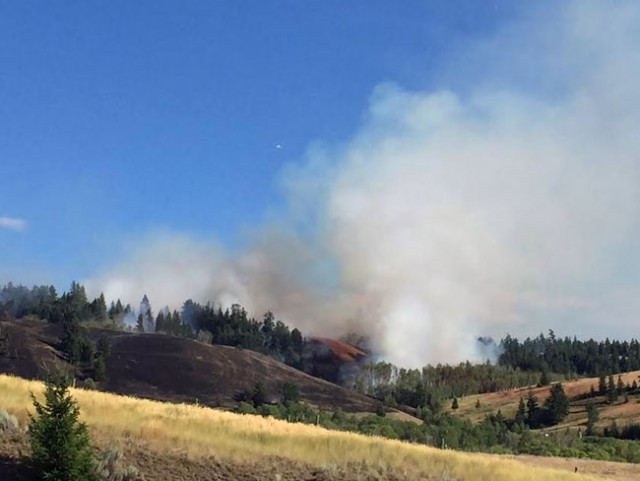 As of Saturday morning, the wildfire on Hamilton Hill was nine hectares in size.

According to fire information officer Kelsey Winter, there is a 20-person unit crew on site, and they are completing mop up.

It is 100 per cent guarded and there are no structures threatened.

A second fire, which is 0.5 hectares in size, was turned back to the landowner, Winter said.

It burned near Gurney Creek, just off Highway 97, 15 kilometres north of Vernon.

A wildfire on Hamilton Hill near Merritt has grown to 8.5 hectares in size.

Fire information officer Kelsey Winter says a shift in wind direction allowed the fire, which continues to burn as a Rank 2, to grow.

A 20 man sustained attack crews and two-four person initial attack crews are fighting the fire on the ground while eight aircraft actioned the fire from the air.

Darkness has forced the aircraft to stand down for the rest of the night.

The tankers were able to box the fire in and ground crews will spend the night working on fire guards.

Meantime, a small fire north of Vernon has been handed over to Okanagan Indian Band fire crews. Winter said it appears the 0.5 hectare fire was burning on private property.

Forestry crews are currently on the scene of a pair of fires burning within the Okanagan region.

The largest of the two is burning on Hamilton Hill near Merritt.

Fire information officer Kelsey Winter says the fire is 7.5 hectares in size. It's burning Rank 2 in an area mostly comprised of rangeland.

Air tankers have been called back to further assist the fire.

Witnesses who have driven by the area say the fire has been burning uphill. Winter says winds in the 20km/hr range had been recorded earlier in the day.

Near Vernon a small grass fire about 15km north of the city near Highway 97 remains at about half a hectare in size. Two initial attack crews are being assisted by the Armstrong Fire Department.

Fire crews from Armstrong and the provincial government are responding to a wildfire burning off Highway 97,  about 15 kilometres north of Vernon.

Fire information officer Kelsey Winter said the fire is currently about a half a hectare in size and is showing Rank 2 and Rank 3 fire behaviour.

The province has responded with two initial attack crews – one coming by ground, the other by air.

Air tankers have also been dispatched.

Castanet will have more details as they become available. 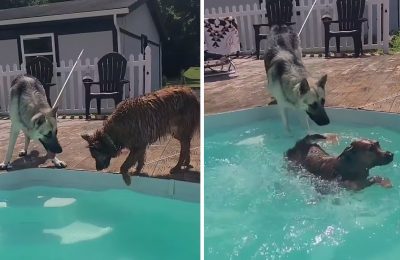