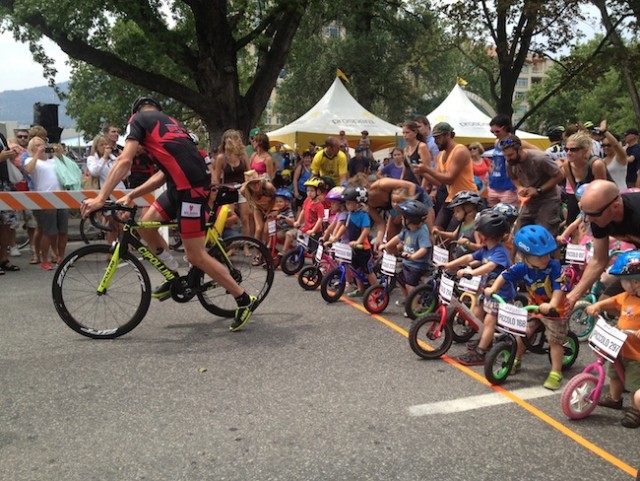 The next generation of cyclists rode their bikes, as excited parents cheered them on at a special event in Penticton, Saturday afternoon.

"It gets them out participating, and it's fun to see all the kids having a good time," said Nancy Telford, the team captain for volunteers at the event.

The Piccolofondo was one of the highlights of the Granfondo weekend in the city.

The young riders rode between 400 m and 5 km (depending on age division) on a circuit that shares the same start/finish line as Sunday’s Granfondo, Mediofondo and Cortofondo courses.

Participants also received their very own race bib prior to the event and finisher's medal at the end.

Penticton resident Winston Teo, who was there with Sabine, 7, and Tristan, 3, described it as a great event.

"It gets the kids active and excited about cycling and staying fit and ready to participate in bigger events as they get older," said Teo.

Quin Reid, 8, of Alberta could barely contain his excitement as he pedaled around the park prior to the ride.

"I just really like bike riding, because it's fun," said Quin, who was at the event with his dad Jody Reid, who plans to ride on Sunday.

More information on the fifth annual Prospera Granfondo Axel Merckx Okanagan (PGAMO), a mass cycling event ranked as one of the best in North America, is available at: http://www.granfondoaxelmerckx.com 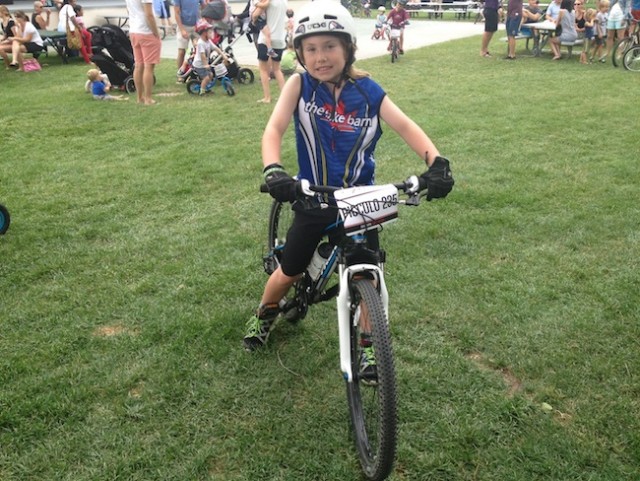