'What's all the fuss about?' 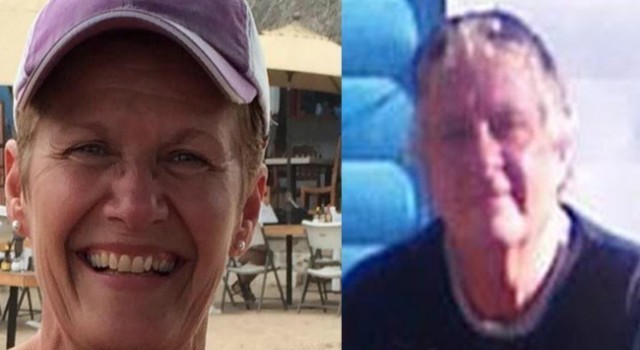 The father of an Ontario man who emerged from the forest near Keremeos after being lost for seven days says his son isn't sure why he's getting so much attention.

North Bay couple Rick Moynan and Lynne Carmody, who are both in their 60s, walked out of the forest virtually unscathed as crews were thinking about ending an extensive search on Sunday.

Bob Moynan said he spoke with his son on the phone hours after he was told that the search might be suspended.

"He says, 'We didn't know what all the fuss was about,'" said Moynan from his home near North Bay.

"I said, 'Well Rick, think about it. You were due back for dinner on Monday night at five o'clock, and you're seven days late.'"

Moynan and Carmody were on a day hike near Cathedral Lakes Lodge, in the Similkameen, when they got lost last Monday.

They managed to survive by staying close to water and building themselves a shelter.

The couple was exhausted and bruised when they left their shelter and stumbled upon rescuers after spotting a helicopter. They were taken to hospital for a precautionary assessment.

Moynan said his son has a fair amount of outdoors experience, and Carmody's now-deceased longtime husband worked in search and rescue.

He said the ordeal was "terrible" for his family, but he never gave up hope.

"We are people of faith and we were praying a lot," Moynan said.

"It's almost a miracle that they could survive seven days and be able to be healthy enough to have been able to walk out. So we're just terribly, terribly grateful that it's over, and we've all learned something."

He said the couple was on their way back on Ontario on Monday.