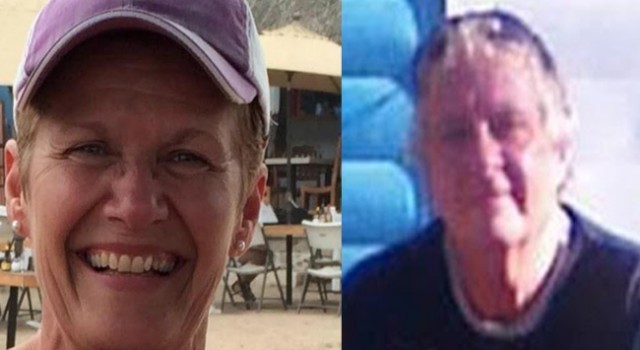 Two hikers missing in Cathedral Provincial Park for a week are alive and safe.

Lynne Carmody and Rick Moynan successfully made their way back to Cathedral Lakes Lodge just before 4 p.m. Sunday.

Search manager Paul Berry said the couple were "bug bitten and knocked around a bit, but in surprisingly good shape." They were tired and dehydrated, but managed to walk back to the lodge.

They were flown to Penticton Regional Hospital for assessment and rehydration.

"Other than that, there were very few health concerns," said Berry, adding searchers and anxious family members who have been at the lodge all week were thrilled and happy.

Berry said the hikers followed intended route for first portion of the day last Monday, but then ventured off trail and became disoriented.

"They ended up well downhill and northwest of where they wanted to be and continued down into some very heavily wooded drainages," said Berry.

The first night, he said, they put boughs down and rested. On the second day, they built a shelter.

"they wandered back and forth the next couple days, trying to get oriented," said Berry.

Feeling they needed to make a move while they still had the strength, the couple followed the route of the helicopters back to the lodge.

Berry said they were ill-prepared for the backcountry.

"They were ready for a walk in the park, not in the mountains," he said.

They didn't have any navigational tools, a device to signal with or start a fire.

Up to 60 searchers were involved in the hunt for Carmody and Moynan, as well as police, dogs and three helicopters.

The high-elevation camp from where the two went missing is at approximately 6,800 feet above sea level.