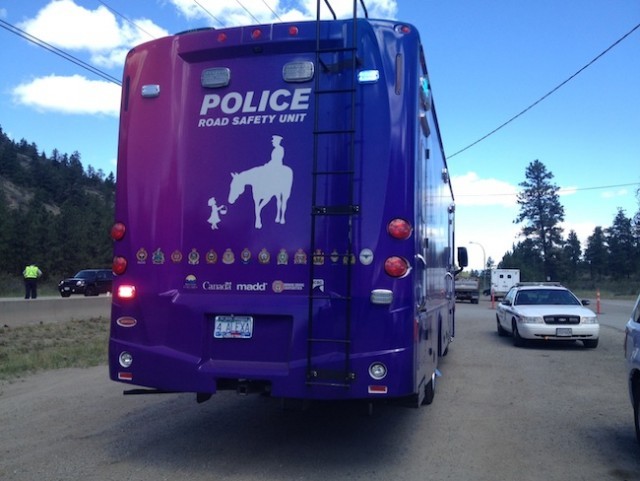 A two-day RCMP roadcheck blitz in the South Okanagan saw a significant drop in impaired driving after the first day.

The checks were conducted at locations along Highway 97 and Highway 3. They were hard to miss, as a large purple bus was at many of the sites. The RCMP E Division Mobile Road Safety Unit is otherwise known as Alexa's Bus after drunk-driving victim Alexa Middelaer.

"This is a self-contained vehicle that can act as a mobile command post or police office. It is equipped with (breathalyzers), temporary holding cells (and) a darkroom enabling drug recognition experts to conduct eye examinations during their evaluations," said Sgt. Harold Hallett.

It's estimated 7,000 vehicles were checked during the blitz.