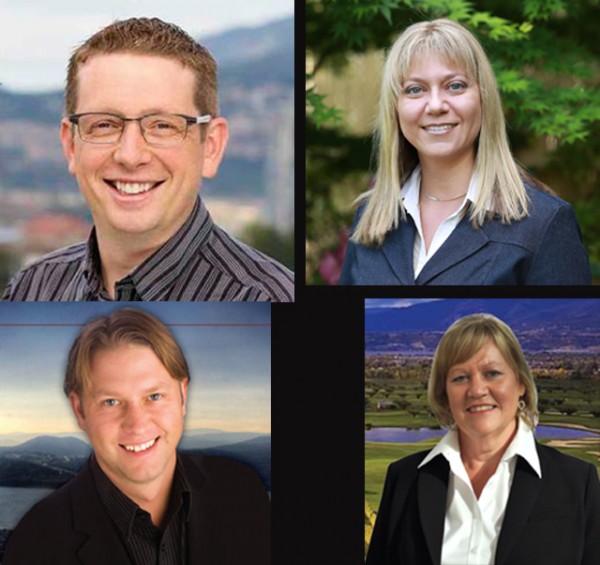 ForKelowna has unveiled the four councillor candidates it will support in the upcoming Nov. 15 municipal election.

After sending out questionaires to the candidates vying for a seat on council, ForKelowna announced Monday morning it is supporting Tracy Gray, Brad Sieben, Laura Thurnheer and Ryan Donn.

In a news release Monday morning, ForKelowna states it believes that the continued positive momentum of Kelowna depends on having great leadership and a balanced effective city council.

"Over the last week, we completed our candidate research and short list interviews. For the interview process, ForKelowna used the skills and expertise of a long term resident and human resources professional with over 30 years of experience in his field, Grant Stevens of Flightcraft.  Mr. Stevens, along with members of the Steering Committee, conducted the interviews from a prepared list of questions.

Our contribution to this democratic process is simply to recommend individuals from the long list of candidates who we think deserve a closer look by voters based on the skill sets and experience these candidates bring."

Three years ago, under the name FourChange, the organization endorsed four candidates, three of whom were elected to council.

Only Carol Gran was not successful in her bid in 2011 despite the FourChange endorsement.